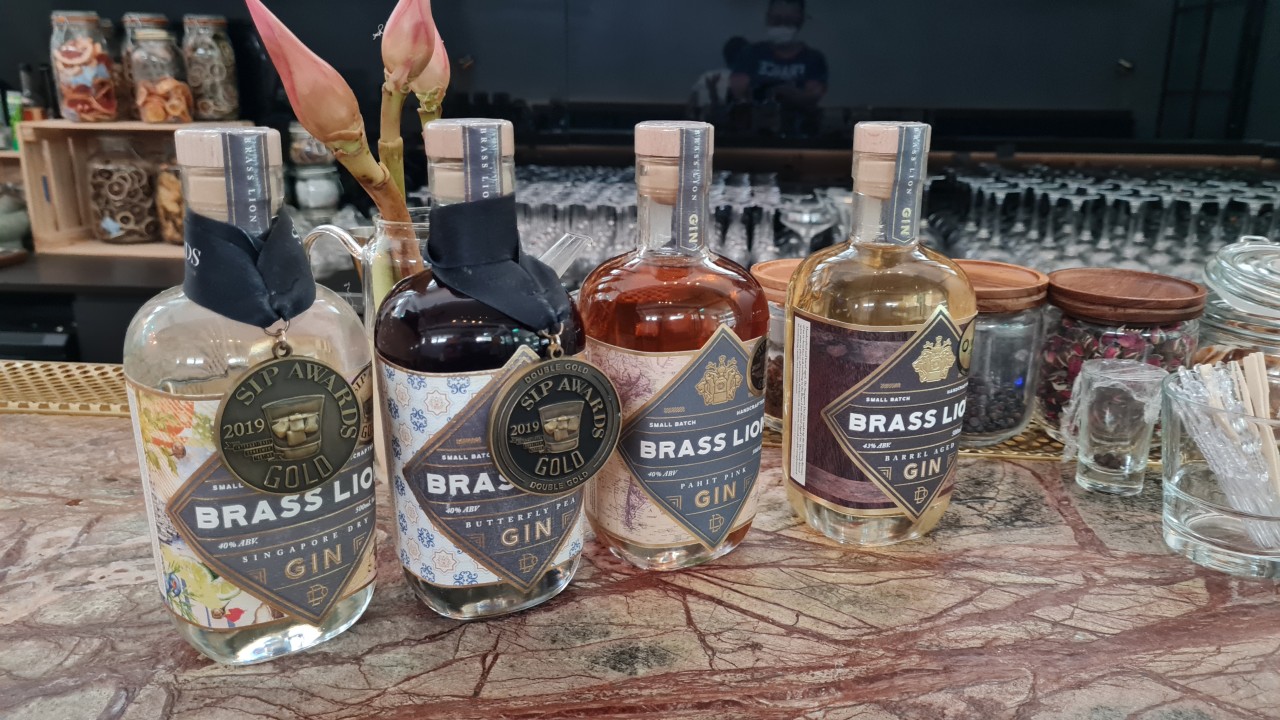 It all started with an idea and great ambition.

In 2012, Jamie Koh was a millionaire owner of two successful food and beverage businesses, ‘The Beast Southern Kitchen & Bourbon Bar’ and Chupitos Shots Bar. However, as a proud Singaporean who’s travelled the world, she wondered why there were no locally made spirits in her home country, Singapore. She had the dream of putting up her own distillery, creating alcohol with ingredients from tropical ingredients of her multicultural home country.

First up, Jamie knew that she had to learn about the business of distilling. To do this, she turned to a method of learning that is centuries old.

Turning to an Age-Old Tradition of Learning

Jamie wrote to different distillers around the world asking them to take her as an apprentice in order to learn the necessary practices in distilling. She even offered to work for free as an apprentice, but less than 1% of the distillers wrote her back only to turn her down. Not being downbeat about this, Jamie persevered on, and eventually, through the kind referral of a friend, she found an opening at a Distillery in Charleston, South Carolina. As an apprentice there, she learned basic distillery, but couldn’t stay longer than a month because she had her businesses to run in Singapore.

Eventually, she wanted to further their knowledge of the craft, so again she went to the Black Forest of Germany where distilling was an age old tradition. “There was a bit of a language barrier with the German Distillers.”, Jamie mused. “However, we spoke the same language of our passion for the craft, and that’s what I learned the most. They are such abundant and generous teachers.”

But Why an Apprenticeship?

What I found most remarkable is how Jamie, who’s worked hard and started 2 successful businesses, would humble herself and offer to work for free. I have met several young people with similarly big dreams, who couldn’t bring themselves to step away from the comfort of regular jobs to pursue their dreams.

So why an apprenticeship?

Let’s uncover how this “old-school” way of skills development still proves to be one of the most effective.

The Etymology of Apprenticeship

The practice of apprenticeship can be traced back to the later Middle Ages and came to be supervised by craft guilds and town governments. A master craftsman could employ young people as an inexpensive form of labour in exchange for providing food, lodging and formal training in the craft. Throughout history, there’s been stories of apprenticeship being practiced.

From 1440 to 1490, the Italian City of Florence produced the greatest outpouring of artistic achievement the world has ever known. What is it about this city that spawned the development and concentration of artists in the space of two generations?

While socially mobile, Florence in the 1400s wasn’t unusually prosperous, peaceful, or free. In fact, the city was recovering from a disastrous plague, was divided by vigorous fighting among powerful families, and was ruled by the church’s iron fist.

What historians found that intrigued them was that Florence was an epicenter for communities called craft guilds. Guilds were associations of weavers, painters, and the like who organized themselves to control quality. What they did best was to develop talent through the apprenticeship system, which take in boys around the age of seven to live with masters for around ten years. There, they worked directly under the mentorship of the master, learning the craft from bottom up. There were no lectures or theory classes like in modern day universities, and of course, there were no online classes! They learned through action of mixing paint, preparing canvases, sharpening chisels.

To further understand how apprenticeship develops not only the skills, but also the character of the craftsman, let’s look at a more modern example.

Sushi is one of the most popular dishes, a staple in the Japanese culture and loved by people the world around. However, do not be deceived by the simple looking rolls that you take off the conveyor belts in restaurants and scoop conveniently into your mouths. The road of a sushi chef is a long and arduous one.

A sushi making apprentice spends the first 2 years performing tasks like cleaning the bathroom, making sake for customers, dishwashing. Only in the third year, are they allowed to handle the rice. Only if you’ve mastered how to handle the rice, will the master allow you to stand alongside him as the wakita, slicing the fish. Eventually, learning how to prepare the food for guests at the bar. The journey can eventually take from 7 up to 10 years.

Because of the exacting standards demanded and the nature of the journey, only a small percentage of young apprentices make it eventually as a master sushi chef.

The Business Benefits of Apprenticeship

As time went on, apprenticeship has been practiced by many enterprises with both the mentor and mentee benefitting from the experience. Research has shown that 70% of small businesses that receive mentoring remarkably manage their businesses and survive for five years or more, which is double the rate compared with entrepreneurs that don’t have any mentors. Here are some of the key benefits of apprenticeship.

1)   Getting the Hands-On Experience

Being an apprentice, you get the opportunity to acquire the first-hand knowledge as you face your desired role. It will prepare you to acquire the right attitude, strategies and approaches that you need in overseeing your business. It also serves as a venue for you to test-drive your skills, learn and experiment.

You get a close-look on how things are done in an efficient manner. This also gives you an idea how to make it more efficient and better in your own way. To be able to be great in your craft, you need to learn from the people who know the work even if you do it for free.

With the right mentor, you get to be exposed how entrepreneurs decide and manage their businesses. You also get the chance to build your own network for a start. Your mentor can introduce you to other people who have the same passion and these people can be your next mentor or advocates of your business.

Having an apprentice mindset takes humility and tons of courage, especially if you’ve already been a competitive player in the field. Understanding the breadth and the depth of everything in distilling led her to see what she wanted to do in her own distillery. She went back to her mentor every year to learn, train and discover all that she needs to know about distilling. She worked in really old distilleries, ones located in the middle of farms with animals and fireworks. She also had the opportunity to work in ultramodern ones—these industrial, big-scale distilleries.

Jamie’s efforts eventually paid off, as after 6 years of efforts, including working with government agencies to attain the license to run a distillery, Brass Lion Distillery, Singapore’s first standalone micro-distillery opened its doors in 2018. It offers a variety of experiences for guests to enjoy. There is a gin tour, giving guests an idea of how the gin is made out of ingredients that represent Singapore’s multicultural background, using the best western technology and methods. Next is the Gin School, where guests get their own mini copper pot stills and get to select their own botanicals to distil their very own bottle of gin to take home. There is a herb garden where the botanicals are homegrown and there is a tasting room where guests can experience their gin in different cocktails and experimental gins which they have not launched yet to the public.

Juggling her various businesses, Jamie Koh continues to pursue her dreams of taking Brass Lion Gins global, but her first goal is to penetrate the Southeast Asian markets. Just like distillation extracts the purest form of gin, Jamie’s successes are products of patience, hard work, perseverance and the burning desire to succeed. Embodying the traits of a lioness, she’s independent, ambitious and courageous.