This Unsexy Habit May Help You Accomplish More In Life 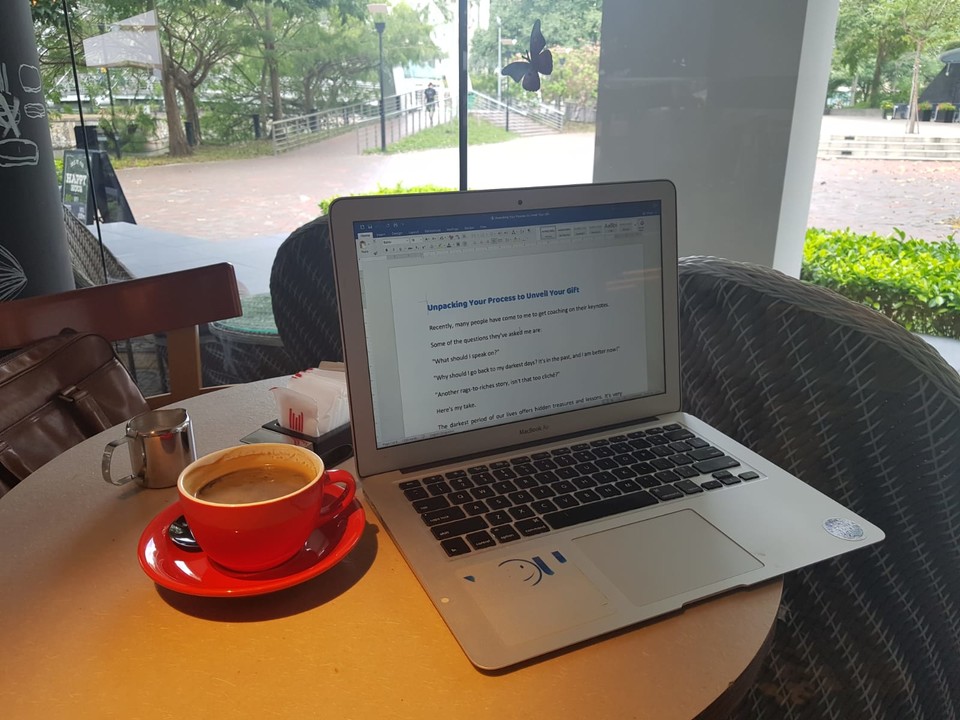 I was feeling lost, demotivated and about to just give up on my goal!

Four years ago, I have set out to write a book on Authentic Influence, and that journey tested me to the core. I had to put myself on trial, in order to write on this topic, I must first be living a life of authenticity. I had to confront the many ways in which I was inauthentic, living behind my own lies, avoiding things I didn’t have courage to face and layers and layers of defences I have erected around me. On top of that, the more I researched and get into the work, the more I found myself realizing how much I didn’t know.

After these years, I still haven’t published the book. I have tried things like public accountability, by announcing that I was going to complete the book by so-and-so date, and I have missed those deadlines. My friends have been asking me and reminding me every time they see me. It’s become a source of public humiliation for me, but even that did not push me to complete it.

Maybe, I should just focus on doing something else, I just didn’t want it badly enough.

Until a recent insight I had gave me the final push. I was trying to explain to a potential client how engaging my services can benefit his team of leaders, and as a result improve staff morale. He was resisting what I was sharing and my inner dialogue went, “Sigh… If only there was a better way I could explain my work!”

That was when the dime dropped. I was becoming sick and tired of feeling like an artist trying to explain my art.

Try Explaining your Art to Others

To help you understand this, let’s use the analogy of an artist’s journey. This artist has been spending his time talking about painting and explaining his thought process behind it. No matter what he says, there’s simply no way for people to “get it.” On the other hand, once his painting is completed, people get to see it. Let’s say, if out of 100 people, 60 people may have their own opinions, but only 15 people “gets it” (you cannot win them all!) To these 15 people, that work of art is valuable, and to these “right people”, the art piece speaks for itself. No explanation is necessary!

So, I needed to put my head down and just write!

Just Do It! Yeah But…

We all know that’s easier said than done. Writer’s block, busy with work, life happened, yada yada yada… All the reasons we’ve all become too familiar with and trust me I’ve experienced them. On top of that, I am a curious, not to mention moody person. Sometimes, I get too carried away meeting and interviewing people. Sometimes, when I am researching, I became absorbed into the topic and just enjoyed reading more and more. I didn’t do the most important thing – which was, of course, to write!

That leads me to a concept I’ve recently learned about recently – the 20-Mile March.

In his book <<Great by Choice: Uncertainty, Chaos, and Luck–Why Some Thrive Despite Them All>>, renowned author, Jim Collins studied the 1911 South Pole Challenge between a British Team, led by experienced navigator, Robert Falcon Scott, and a Norwegian Team led by Roald Amundsen. Throughout the history of naval exploration, no sailors has ever made it to the South Pole, and both proud nations were determined to be the first.

Scott’s team had superior resources: a ship nearly 1.5 times larger than Amundsen’s Norwegian vessel, a bigger budget, £40,000 vs. £20,000; and a larger crew, 65 vs. 19 men. Yet, when Scott’s team arrived, they saw the Norwegian flag was flying proudly in the wind. They’ve been beaten to the post! To add insult to injury, Amundsen’s team arrived a whopping thirty-four days earlier, and had long since gone, embarking on a speaking tour of Europe to share the story of their triumph. Scott’s team never made it back. Failing their futile race against the approaching winter, frostbitten and starving, they perished.

How could Amundsen’s team prevail against the odds, creating one of the largest upset in naval history?

It’s not a sexy idea, but it was effective. Amundsen’s team committed from the start to complete a 20-mile march daily, no matter what. In any weather and under any circumstances, the team marched 20 miles. Scott’s team, on the other hand did not have the same consistency. On days with good weather, they marched 40 to 60 miles, and when the weather was bad (which was common), they rested instead.

Roald Amundsen’s team’s discipline and consistency is more than just a real life version of Aesop’s tale of the Rabbit vs the Tortoise. Roald Amundsen’s team is a reminder to us that consistent, focused action is the best strategy for us human beings with complex emotions, moods, wimps, wants and distractions.

My Own 20-Mile March

Since I was exposed to this, I have been doing my daily version of the 20-mile march. Every day, regardless of how tired I feel, how busy I am, what kind of mood I am in, I write 1,000 words at least. Sometimes, I write more – I wouldn’t stop my writing mid-sentence or leave an idea undeveloped! However, I would NEVER stop until I get my 1,000 words down on my laptop.

It has led me to feeling more productive when I finally lay head to pillow every night. It has helped me to develop momentum in my writing. This article you’re reading now is a product of one such writing binge when all ideas just came together in one flowing sequence.

What’s that goal in your heart that you really desire to reach?

You may not have ambitions of sailing to the south pole, or writing a book, but whatever your goals are, there are simple, do-able daily steps that you can take towards them.

By cultivating that habit of your daily 20-Mile March, you will slowly build momentum and get more inspiration as you move along!