This is Why the Stories You Tell Don’t Work 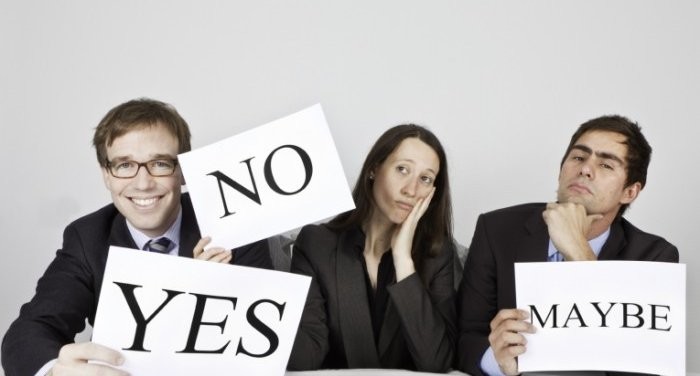 Recently, I sat in a talk by a highly respected speaker from the U.S. and the topic was about how small businesses innovate their business practices for breakthrough results. I was rather restless as his speech went on, and I noticed why. His talk was filled with examples from major companies like Google, Apple, and some of the ideas were really interesting.

There was just one problem.

They weren’t relatable to the audience. I could hear some members of the audience seated next to me making comments such as “Yah, of course, they have the budget!” and “If you’re Apple, you can do anything and it will still work!” The examples he gave and the stories he gave were not the right one.

In their bestselling book “Influencer – The Power to Change Anything”, authors Kerry Patterson, Joseph Grenny, David Maxfield, Ron McMillan and Al Switzler shared a wonderful story to highlight the influential power of telling the right stories.

The Power of the Right One

After graduating with a Ph.D. in sociology and statistics, Dr. Everett Rogers took on a job where he was responsible for encouraging Iowa farmers to use new and improved strains of corn. This new strains of corn produced greater yields and were way more resistant to diseases, therefore they were more profitable than current strains.

Dr. Roger quickly learned that his education qualification and affiliation to the university cut no ice with the farmers. He wasn’t one of them, he dressed differently, had different concerns and had a completely different lifestyle from them. Initially, Dr. Rogers thought that this difference would encourage the farmers to listen to him, because he had objectively researched and found a better way, so they should thank him for sharing. Unfortunately, Rogers wasn’t just different, he was the wrong kind of different. He was a city-slicker, he had never plowed a field. They would not trust his recommendations.

Undaunted, Dr. Rogers hatched a new plan to get farmers to embrace the new strains of corn. He enticed a farmer from the community to give it a try, and when his neighbors see the better results, they would surely change, wouldn’t they?

It turned out that this farmer was a rather hip fellow who wore Bermuda shorts and drove a Cardillac. The rest of the farmers couldn’t relate to him, and they didn’t like him any more than the pretentious academic who had the nerve to tell them what to do.

This phenomenon of the “right one” was also observed among the Olympic medalists in Singapore. This tiny island nation, with a population of only 5.5million at 2015[1], went into a frenzy of celebrations when Joseph Isaac Schooling won Gold in the 100 meters butterfly swimming event the 2016 Rio Olympics. This was the country’s first ever gold and should rightly be lauded. Singaporeans beamed pride with the knowledge that “one of their own” had beaten the legendary American Swimmer Michael Phelps, record Olympic medalist to the gold in that event.

Contrast that to 8 years prior at the Beijing Olympics, when Singapore’s table tennis team, made up of China-born, naturalized Singaporeans, Li Jiawei, Feng Tianwei and Wang Yuegu won the silver in the women table tennis team event. That medal was just as significant because the country had not won an Olympic medal for 48 years, since Tan Howe Liang’s silver in lightweight weightlifting in 1960. However, Singaporeans’ pride was muted somewhat with the belief that the country has “imported” a medal. Singaporeans couldn’t relate to these China born athletes who lived in specialized training quarters, and hardly spoke a word of English.

Again, the stories are inspiring only if people can relate to the protagonists in the story.

This explains why, if you are a teacher trying to inspire a class of unmotivated students from the projects, quoting the example of the model student of the school would not be effective.

This would also explain why, if you’re speaking to a group of small business owners and you use oft-quoted examples like Apple and Google, it becomes just noise. The audience may think “Yeah, but that’s Apple. We’re NOT Apple, we’re a small family-run business producing hot sauce.”

What can we as leaders learn here about selecting the right stories? How can we apply this?

The next time, you are about to share a story to inspire, you can follow the following three step technique to ensure that you are telling the right stories:

Ask yourself the following questions about your audience.

What is the profile of the people I am hoping to influence and inspire?

What are their primary concerns? What keeps them awake at night? What would cause their eyes to light up?

Who do they typically hang out with?

Do they have access to the resources required to create change? If not, why not?

From the answers to the questions in step 1, ask yourself, which person shares similar situation, concerns and predicament?

It may not be possible to always have a perfect match, but do this exercise anyway. The higher the match, the more powerful your story will be.

Step 3: Craft your Story Strategically so that you Highlight the Commonalities

It’s not important only to choose the right story, but how you tell the story is just an important. You have to highlight the hero’s dilemma in such a way that it is able to create resonance with the audience.

For example, you can say,

“There was Mr X (the hero), who was facing (the predicament). He is the type of person who (character trait). He also had (concerns) and no (access to resources).”

By painting the hero of your story in such a way, your audience can latch onto the person / company, and they are hooked into your story. They want to know how the hero has overcome the problem.

You can follow the same steps 1 to 3 if the “Hero” you’re portraying is a company / a group of people instead of just a person. You just have to substitute the person for the company.

There are several communication books, training programs and free articles promoting the power of storytelling to inspire. That’s true, but it’s only half the story. If you don’t tell the right stories, your speech will only be relegated to the ever increasing noise in the market. Worst still you could even become seen as a “paper expert”, someone who tried to sound like an expert because they’ve read a business management book.

If you want to inspire, do your homework, understand your audience and choose the correct stories so that you hit the right notes, and truly connect with your audience to inspire action!