6 Creative Ways People Keep Themselves Stuck – Do you Do Any of These? 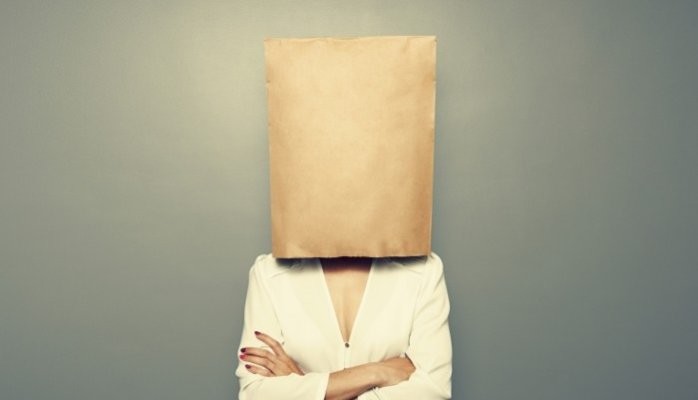 A client of mine today asked me “It must be so difficult for you as a coach, what if there are clients who are not open, not receptive, or even if they are, they don’t take action?

Her comments got me thinking… Indeed, in my line of work, I have come across a fair-share of clients that have proven difficult to coach, and I have categorized them into 6 categories, and they are:

Each of the above categories of clients have been able to master creative ways to keep themselves stuck.  Let’s explore.

One of the most common blockages to growth and coaching is when clients say “Yah, I know what you’re saying BUT… (there’s always a “but” somewhere) you don’t understand, my situations’ different…”

Really???  I bet it must be so different… you poor thing…

I am not about to dispute how “different” people’s lives are.  No two lives are exactly the same.  However, I am not here to argue “difference”, I am here to make a difference.  I want to know if you’re satisfied about your situation, and if not, then what’s not working, and how can you make it better.  All the feedback, or advice you’re given is useless unless you’re willing to do something about what’s not working in your life.

It’s easy to play “poor me” and “My situation’s different, so different that nobody can understand my suffering.”  Yup, so if it’s so different, then nobody can help you.  Now, what are you going to do about it then?

In this Facebook era, many people get so much kick out of getting “likes” and “comments” on our posts.  This is where I go to my next category of clients, who take “being receptive” to the extreme!  This type of people is attached to being approved of, and so they delight in collecting comments, advice and feedback from people.  However, they take so much advice from so many people that they are pulled this way and that.  They are overwhelmed and confused about the contrasting feedback the receive that they lose their way.

I once had a client who came to me to coach her on her important presentations.  The problem was, she was an avid networker, and in her network is a whole army of marketing and branding consultants, coaches, trainers.  Every time I meet her, she would have new ideas from “this graphic designer I met who said my slides are not beautiful enough” and “this dance instructor who pointed out I have ‘too much feminine energy’ but not utilizing my ‘masculine energy.’” With so much inputs from so many sources, it was impossible to work with her to come up with a coherent presentation.  I eventually had to call a “time-out” on the coaching and set her straight.

Much as we’re open to receiving feedback, we must still have some boundaries over:

Many people spend a lot of time fooling ourselves into believing that “one day the skies will open up, our dreams will come true and all will be okay” story.  In this situation, people suffer from what we call a schizoid fantasy, which usually is a thought pattern that takes the form of “one day when I (finally) ________ (condition), I will finally be ________ (positive emotion).”  Some examples are:

“One day when I finally find the right man / woman, I will finally be happy”

“One day when I become a millionaire, I will be able to enjoy my life”

“One day when I become mega-successful, I will be able to feel good about myself, proving all those who doubted me wrong!”

The problem with schizoid fantasies are that they keep us from living in the present moment, from enjoying what we have, and keep us imprisoned into a thought pattern that our happiness is conditional upon the fulfilment of a condition.

Even though we need hope to propel us forward in life, it is important to distinguish between authentic hope and wishful thinking.  People who live in their schizoid fantasies are blocked from doing what they have to do today, so that they can get the success they want tomorrow.  They resist coaching because they expect salvation to come from outside of themselves, not within.

Similar to the “flight-to-fantasy” dreamer, some people find themselves running from dealing with loss and pain by escaping into the world of self-help books, tapes and seminars.  While we do need inspiration can at times be useful, if we cling onto them as justification from our current circumstances, then it will keep us stuck rather than help us grow.  I have a friend who is like that.  He’s spent thousands and thousands of dollars travelling all over the world, attending personal-development seminars after seminars, paying top dollars for personal coaching from some of the top business and personal develop gurus in the world.  After attending these workshops, he will gather his team in his business and give an impassioned sharing of what he’s learnt.  Yet, when I spoke to his managers and business partners, it was clear that there were glaring business challenges that were not being addressed.  Individual team-members gave the impression they’re motivated during the high-energy pep-talks, but were not inspired at their work and were more concerned about laying blame when things went wrong.  The work environment was very toxic.

Whenever I spoke to him about it, he would quote a line from the seminar, or the latest self-help book he was reading to justify his actions:

“What doesn’t kill me will make me stronger.”

“There’s a reason for everything.”

“It’s the law of attraction, what your mind thinks, you can manifests!”

“Do what you love and the money will follow.”

All this wisdom, which he had spent years of his life collecting, had now become just another repetitive part of his story that keeps him stuck.  I see him squandering all that money, and yet remained stuck in a rut.  His business wasn’t growing.  I felt so bad that I could not help him to see his blind spots in spite of my best effort, but have learnt to understand that’s just another one of the creative methods people use to keep themselves stuck.

The “but-everyone-says” spokespersons must have appointed themselves as the unofficial spokespersons for the “everyone” because, they seem to have all kinds of ideas and beliefs that they hold on zealously without realizing they’re keeping them stuck.  These beliefs always contain “everyone”.  Examples of these beliefs (some are quite ludicrous) are:

Whenever you challenge them on them, you’ll hear, “But isn’t that what everyone / they all say?”

Whenever I meet an “Everyone-spokesperson”, I would normally deliver a healthy dose of reality check.

“Oh really?  Is that what EVERYONE said?  When you’re desperate to impress on that date, sweating over that interview, feeling anxious over that presentation, feeling lousy over that rejection, feeling regret on your last breath, YOU are there…

NOT everyone… NOT they all…

You may inherit and introject other people’s ideas to be true, but doing so unthinkingly without testing it out for yourself is limiting your experience of life.  You don’t take risks, you don’t experiment, you close your mind and heart.  In short, you don’t live your life.

Stop appointing yourself as the spokesperson for “everyone” and “they all”, they can speak for themselves!  And you get to make your own choices how you live your life!”

I was chatting with another client about the effectiveness of the three-sixty-degree feedback mechanism in Asian workplaces.  In Asia, where the power distance is greater and where we emphasize respect for seniority and authority, it could be that 360 feedback mechanisms are nothing but exercises in diplomacy that misses the mark in terms of getting authentic feedback.  Her reply was enlightening, “Ah, then the onus is on the leader to be vulnerable and admit their mistakes and weaknesses first.  If you make a mistake that’s so obvious, the best thing you can do is to call-yourself-out for it, and say ‘hey, give me feedback, how can I improve?’  There’s nothing to hide when your mistake is obvious to all! When you are willing to call yourself out, you give permission to your subordinates to voice their authentic feedback”

However, how many people are as ready to own up and call themselves out?  Many insecure leaders, in fact, many clients are like the emperor depicted in Hans Christian Andersen’s parable:

One day, two swindlers claiming to be weavers entered the Emperor’s city and proclaimed they were capable of making the finest, lightest, most magnificent cloth the world has ever seen. So extraordinary was this cloth, it was invisible to anyone who was incompetent or stupid.

Hearing of the weaver’s amazing “talent”, the foolish Emperor thought he could use such cloth to weed out undesirables in his city. He paid the swindlers an enormous sum & they set out to “create” the clothes; knowing they would only need go through the motions.

The Emperor sent several advisors to gauge their progress and all the advisors reported the cloth magnificent, not wanting to appear unworthy for seeing nothing at all; the cloth didn’t exist!

Finally, the clothes were “finished”, the swindlers already having counted the gold and jewels they had received. A procession was arranged to show off the Emperor’s new clothes and the entire city gathered in the center to view them. Having been “dressed” by the swindlers, who remarked how wonderful he looked, and how light the cloth appeared on him, he appeared before his people.

The people, having heard of the weaver’s abilities and the cloth’s fictitious properties, were amazed and offered thunderous applause to the now beaming Emperor. None of them were willing to admit that they hadn’t seen a thing; for if anyone did, then he was either stupid or unfit for the job he held. Never before had the emperor’s clothes been such a success.

While expressing admiration at their Emperor’s new “invisible” clothes, a small boy cried out… “But the Emperor has no clothes!”

Don’t be that emperor without clothes.  Accept that everyone has weaknesses, and let go of having to defend, rationalize, justify your actions.  It can be more obvious to everyone else than you think!

Are you Any One of Them?

The above six categories are people that I have come across, or have coached.  They have all developed creative methods for keeping themselves stuck.  Watch out for these behaviors in yourself, are you unknowingly keeping yourself stuck?