How I Overcame My Fear of Public Speaking 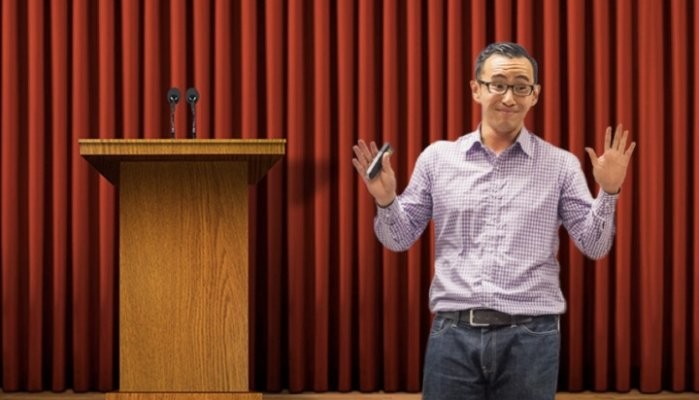 In my final year in college, I attended a seminar that would change the way I view my life and my place in the world. I was so inspired to be a trainer to make a difference in other people’s lives, that upon graduation, I took on jobs in various training companies. However, public speaking opportunities were hard to come by, and although I was learning a lot about training, I didn’t have the chance to showcase what I can do.

One day, that big break finally came! My company was organizing a 2-day seminar, and I was given the opportunity to be the emcee. Naturally, I was pumped up, I rehearsed my script and the program flow over and over again, sometimes with my boss there to watch me, but many other times alone. Each time, I turned to my boss for feedback, she would often just say “it’s fine, you just have to relax more!”

Closer to the seminar, my anxiety had built up so much that I was having sleepless nights. Finally, the big day had arrived and I could barely contain my anxiety. Standing on the stage, opening the event, I could feel my knees wobbling, my voice was quivering “ge….grr….ge-ooood morning ladies and gentlemen!” After I have introduced the opening speaker, the Guest of Honour on stage to speak, I was in such a hurry to get off that I quickly reached for my printed on the rostrum, but it wasn’t a clean snatch and the notes, pages of them scattered all over the stage. Time stood still in that moment, and I could hardly recall how I felt except that I quickly picked up my scattered script and quickly scampered off the stage. At that moment, I caught my boss’ image at the periphery of my vision, and she had her head buried in her hands. I felt so lousy about myself that it was even a wonder I managed to somehow last to the end of the event.

That day, I learnt a painful truth. We have all seen compelling presenters and speakers on stage. We have also seen some poor performances. The hard truth is that while we all know what’s good and what’s bad, but not many people can guide how to go from bad to good. If I wanted to develop my confidence in public speaking, I had to do it for myself, nobody can do it for me.

Fast forward two years later.  I have landed my dream job as a in-house corporate trainer.  All’s good now right?  Not really.  After my three-month probation period was up, I had still not conducted a single training program.  My boss pulled me aside and told me she was going to let me go, “How can I confirm your employment when you’ve not conducted a single workshop, what you were hired to do?”

I pleaded with my boss for a one-month extension, saying that I will definitely not disappoint.

Luckily she relented.  I was getting desperate.  Although the reasons I gave my boss was that I was still not 100% confident about the content, the real reason I was hiding was that I had a very bad case of stage fright.  Clearly, that bad experience emceeing the seminar years ago had a crippling effect on me.

Just that very weekend after I was granted the extension, a friend of mine said he had to leave earlier from our weekly badminton game because he was attending a speech contest.  Intrigued, I decided to go along.  I didn’t regret, I was totally blown away when I watched the contestants, one after another speak so confidently on stage I thought they were professioanls!  They weren’t, turned out it was a Toastmasters event, and there and then I knew, I had to sign up straight away.

I was an enthusiastic member, in my first month, I signed up to do one speech every week, and that helped me to build up my confidence in public speaking.  At the end of that month, I went on to conduct my first ever workshop and was confirmed for the job, a job I stayed two and a half years in.  Joining the Toastmasters was the best decision I made then, it saved my career and today I am a professional speaker.

What that experience taught me is that public speaking is indeed a learnable skill, and I don’t have to let my past back experiences hinder me from growing and realizing my dreams.  While most people don’t know how to go from bad to good, the Toastmasters was the platform where I could get practice, and a safe environment where I could get feedback and pointers for improvement.

I know that it will come as a shock to most when they see me speak in front of large crowds today for a living, that I was never always like that.  I’m here to tell you that “We often look at an achievement and say ‘WOW!’  Yet, we must remind ourselves to admire the process, not just the achievement.”

Yes, we often compare ourselves with others and envy their achievements, but everyone have their own process, so do you. You can learn from them, model their process. Ultimately, however, you need to follow your own path, keep your eyes on your goals and be willing to put effort into your own process.