This is Why your Verbal Persuasion Don’t Work! And What you can Do! 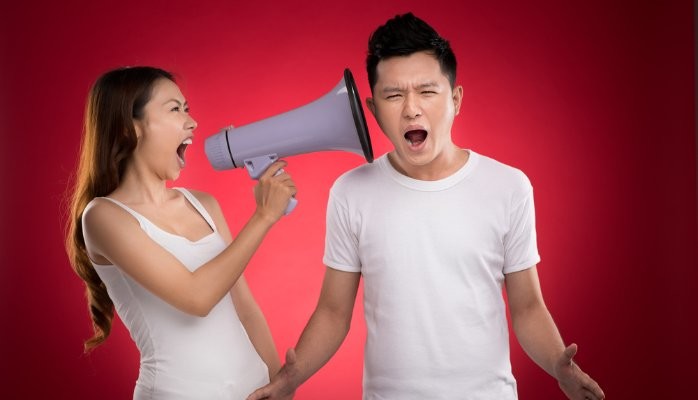 We all want to be better influencers. We continually work on ways to exert our influence, but we regularly fall short. We tell people what they should do. When we see other people acting in ways that don’t make a lot of sense, our tendency is to try to change their minds, to convince them to do something differently.  We argue until we’re blue in the face, but the object of our persuasion stick to their bad habits. We share our advice and wisdom, often drawn from experience in similar situations. Our suggestions are frequently spot on and brilliant. But there is one problem – this method rarely works.

Emerging research has shown that cajoling and verbal persuasion often comes across as parental, nagging, manipulating, not their solution, serving someone else’s interest, and so forth. All these are sound reasons why people push back and hold on stubbornly to their current behavior.  To better understand this, let’s take a look a particular field where we see this phenomenon happening often.

In the coaching industry, some coaches may suffer from what’s called the “righting reflex”, which is the desire to set things right and put people on the right path. Essentially this is telling people what to do. This is a struggle coaches go through…”to correct” their clients vs. assessing what clients are really wanting for themselves. This in a sense, the coaches “guide” clients instead vs. correcting them. So when we take up one side of an argument—saying, “You have to change,” they instinctively take up the other side of the argument – “No, I don’t.”

The more you try to control others, the less control you gain.

This is particularly true with individuals who are addicted to their wrong behavior. They have already suffered through the impassioned speeches of their loved ones, listened to the clever audio CDs from the experts, and squirmed in their pew as their minister has harangued them for their self- and other-defeating actions.

The lack of a connection between their actions and their values is so obvious and the resultant dissonance so painful that they openly and aggressively resist anyone who has the nerve to shine a light on the humiliating discrepancy. Verbal persuasion and other control techniques aren’t going to work with these folks.

In the book <<INFLUENCER – The Power to Change Anything>>, the authors claim, however, that there exists a proven array of approaches to influencing new behavior.  A brilliant example brought up in the book is that of William Miller, an influence expert who discovered that the best way to help individuals reconnect their existing unhealthy behaviors to their long-term values was to stop trying to control their thoughts and behaviors.  According to Miller, you must replace judgment with empathy, and lectures with questions. If you do so you gain influence. The instant you stop trying to impose our agenda on others, you eliminate the fight for control. You sidestep irrelevant battles over whose view of the World is correct.

Below is a simple guide on how to conduct motivational interviewing, and as you’ll see, you’ll be asking open questions, the answers to which are what we call “change-talk.”

Question 1: “Why would you want to make this change?” Everybody wants something.

Question 2: “How could you do it in order to succeed?” The person needs to perceive that he or she can actually make the change – Self Efficacy.

Question 3: “What are the three best reasons to change?” This is different from question 1 in that it’s asking for concrete reasons.

Question 4: “On a scale from 0 to 10, where 0 is not at all important and 10 is most important, how important is it for you to make this change?” When they give you the number, you then ask, “Why are you at that number and not 0?”  Asking for a number creates more commitment, it requires the person to give it a thought, not just pay lip service.  It’s also helpful to give back to the person a short summary of what they’ve said about their motivations for change.

Question 5: “So what do you think you’ll do?”  This is the “action” question, which create the impetus to act.

Dozens of studies have shown Miller’s approach to be effective in helping people overcome alcoholism, smoking, drug addiction, HIV risk behavior, and diet failures, and to improve things like psychiatric treatment adherence and exercise commitments.  What Miller has shown us is that a change of heart can’t be imposed; it can only be chosen.  When people make their own choices based on their values, they’re capable of making tremendous effort to back up their choices.  On the other hand, they may resist external pressure, or persuasion, even if it means they remain in pain.

To illustrate this better, here’s a recent personal experience of mine.  One of my close friends is going through some domestic and personal issues.  As a concerned friend, I have always been offering him advice, advice which to me always make sense.  However, not only did he not take my advice, he would usually double his existing efforts, hoping to strike a breakthrough.  Recently, I reconnected with him again.  Not only were his issues not solved, he is now involved in multiple projects, busying himself to such an extent that he hardly had time to deal with his issues.  I was once again very tempted to have the “tell the truth” conversation with him.  However, this time, I decided to take a different route.  I shared with him some of my own struggles, about how I seem to be overworked juggling several projects at the same time.  He could relate to me better, and he offered his help to me.  I was of course very glad for this, but being aware of his situation, I didn’t want to manipulate or take advantage of his offer of help.  He assured me that he be able to cope, and was also inspired by my goals to reach for his own.  He also came up with action plans to get his own issues sorted out instead of letting them linger on and on.  Now he feeling more empowered and is acting more resourcefully.

At the core of the issue is not whether the person hoping to influence change has good intentions, but good intentions of people that they themselves are unconscious about.  A better way to improve behaviors, then, is to activate the good intentions that most people already have.

Motivational interviewing is one way.  Another way is to simply re-engineer the environment so that people’s natural inclinations lead them to engage in better behaviors.

The Singapore Government understands this well.  So instead of an elaborate campaign to persuade citizens to save for their old age, they created the Central Provident Fund (CPF) scheme (Singapore’s version of the 401k scheme) to force people to park a percentage of their income in a fund, a big part of which they can only withdraw after retirement.

Here’s another example.  If you find that your children are too sedentary, instead of nagging and verbally espousing the benefits of exercise, take the extra effort of spending weekends with them taking them out to the parks.  Getting the family to walk together in the park might be a good start.  If they see other children cycling, skating, flying kites, playing Frisbee, they may be driven by peer pressure, or develop an interest in such activities.

So the next time you begin to craft and deliver your persuasive rhetoric to change someone, stop.  It’ll probably fall on deaf ears, and you’ll be disappointed your good intentions were in vain.  Forget cajoling.  Instead, think of how you can reshape the environment to encourage the desired actions.  Or, you can apply Stephen Covey’s fifth principle to “seek first to understand” by using motivational interviewing.  By activating people’s buried good intentions, you have a better shot at inspiring the change you want!